Home / Explore / St Jean d’Angle, the medieval castle
-A +A

Visit the fortified castle, heritage from the Middle Ages and winner of the Grand Prix "Charente-Maritime, my preference" !

Go to the conquest of the castle of St Jean d'Angle, for a complete immersion in the 12th century.

As soon as you arrive, the whole family puts on the knight's or princess's clothes and discovers the medieval military camp, the medieval vegetable garden and the animals in the yard.

Passing the swing bridge from the entrance of the castle, you enter the Medieval period, the architecture of the castle protects you in case of a sudden siege !

Even more exceptional, initiate yourself to the throwing of stones with the last working catapults in Charente-Maritime !

Discover the inner knight or princess that you are !

At the castle, you will enjoy many activities for the whole family with riddle games, old wooden games, but also an archery stand !

Enjoy a family picnic in the picnic area of the castle. If you haven't planned anything, you will find a snack bar on site, open in July and August.A fun visit with many attractions: a barefoot path for a surprising sensory experience, visit of a 10th century castle mound, discovery of farmyard animals, trebuchet shooting, a big puzzle game, …

A fun visit with many attractions : a barefoot path for a surprising sensory experience, visit of a 10th century castle mound, discovery of farmyard animals, trebuchet shooting, a big puzzle game...

All costumed up and equipped with a riddle game for children and a quiz for adults, set off to storm our castle, registered as a historic monument, and its leisure park :

For more than 3 hours, share unforgettable moments with your family !

In medieval times, salt was considered as white gold. It was the only way to conserve food like meat, fish... for a long time.

Do you know that all northern Europe came on the territory of Saintonge for this precious good and that is what made the wealth of Lord Lusignan, famous builder of the castle of St Jean d'Angle In the middle of the marshes.

Do not wait anymore, the lord of the place is ready to make you discover this gem, winner of the Grand Prize #CharenteMaritime in 2016.

The story of the fortified castle of  St Jean d’Angle

Imagine this castle, not far away from the port of Brouage, whose construction began in 1180 to ensure the protection of the salt marshes…

A Shell-Keep, an Anglo-Norman model

With its 20-meter-high walls and its construction in a Shell-keep style, unique in France at the time, Lord Lusignan offers himself an unobstructed view of an ocean of marshes!

The castle is located on a reconstituted mound, surrounded by a wide moat with a circular enclosing curtain wall containing residential buildings arranged around a central courtyard. Two towers flank the rampart and the whole is very well designed for both passive and active defense.

The fortress becomes a home

At the start of the 17th century, Louis's daughter, Charlotte Saint-Gelais de Lusignan, restored the castle damaged by successive attacks. She replaces the drawbridge with a dormant stone bridge, opens large windows and, heightened by modernism, has latrines built. A French garden completes the transformation. The medieval fortress becomes a pleasant residence where the nobility of the surroundings meet.

Do you know the fairy Mélusine, spirit of fresh water and protector of St Jean d'Angle, who allowed the castle to resist 16 sieges. Look out for its engraving on the walls of the castle!

The time of restoration

In December 1994, Alain Rousselot acquired the castle with the firm intention of renovating it. Once the overgrowing greenery is removed, the state of the castle is disastrous. Important works, undertaken in collaboration with the Monuments of France, will last from January 1995 to the year 2000. No less than 76,000 liters of water mixed with lime are poured in the smallest hollows of the rampart. A colossal work is carried out, thus, saving the castle.

Its owner once said :

Saint-Jean-d'Angle Castle is over 800 years old, properly maintained, it will still be standing in 800 years.

In 2003, for the exceptional quality of this restoration, the Grand Prix des Maisons Françaises and the Prix Europa Nostra were awarded to Alain Rousselot. 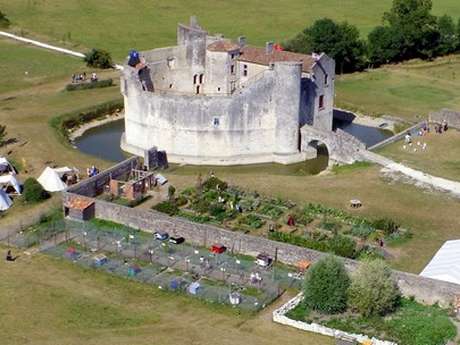 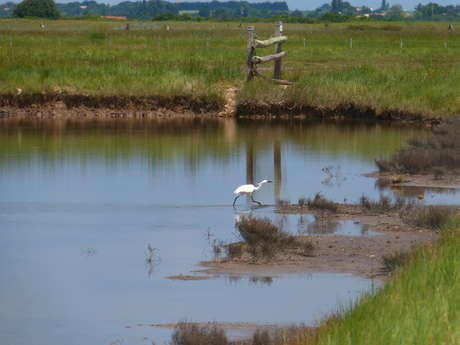 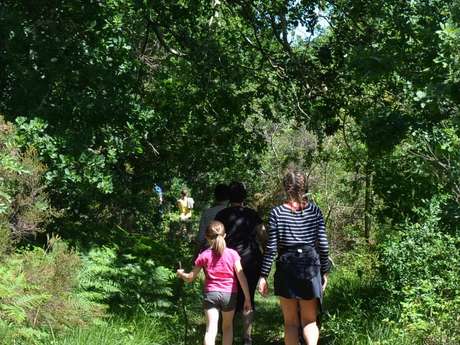 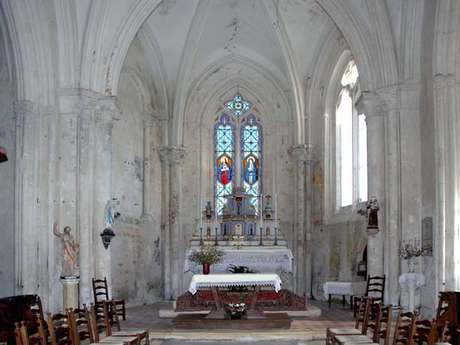 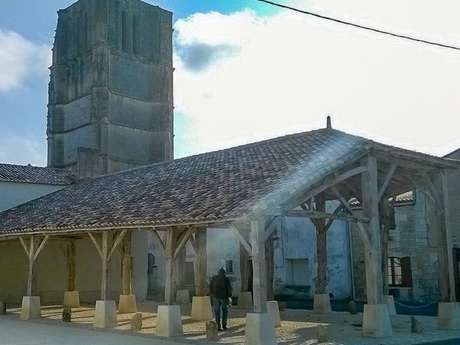