Home / Explore / The Transporter Bridge Rochefort - Echillais
-A +A

The last in France

Discover this imposing metallic work, unique in France, which transformed the passage of the Charente in the 19th century!

The Transporter Bridge is a landmark in Rochefort Ocean which spans over the Charente river, between Rochefort and Echillais. Figure head of the the Grand Site de France “Estuaire de la Charente - Arsenal de Rochefort”, it is an emblematic structure. Fully built in iron, steel and cast iron, the bridge may remind you of the Eiffel Tower !

A true technical feat, it opened in 1900. This structure of the French engineer Ferdinand Arnodin, was operated until 1967. Listed as a Historic Monument in 1976, it resumed service in 1994 for pedestrians and cyclists.

After 4 years of necessary renovation work, the gondola of the bridge can finally cross the Charente again since July 29, 2020, anniversary date of its construction.

Good to know, the Ministry of Culture has invested more than € 22 million to rehabilitate the last Transbordeur Bridge in France and restore it to its original appearance at the very end of the 19th century.

The House of the Transporter Bridge - © Maison du Transbordeur

Crossing of the Charente river

It is a privileged place of passage to go from one bank of the Charente to the other and to explore Rochefort Ocean on foot or by bike. During a walk around the bridge on the Sentier des Guetteurs, discover the artistic trail punctuated by sculptures that evoke the environment and life around the bridge.

Since its reopening, many pedestrians and cyclists have come to use the gondola; it is also one of the favorite crossing points for our cycle route enthusiasts, that of the Vélodyssée and the Flow Vélo. 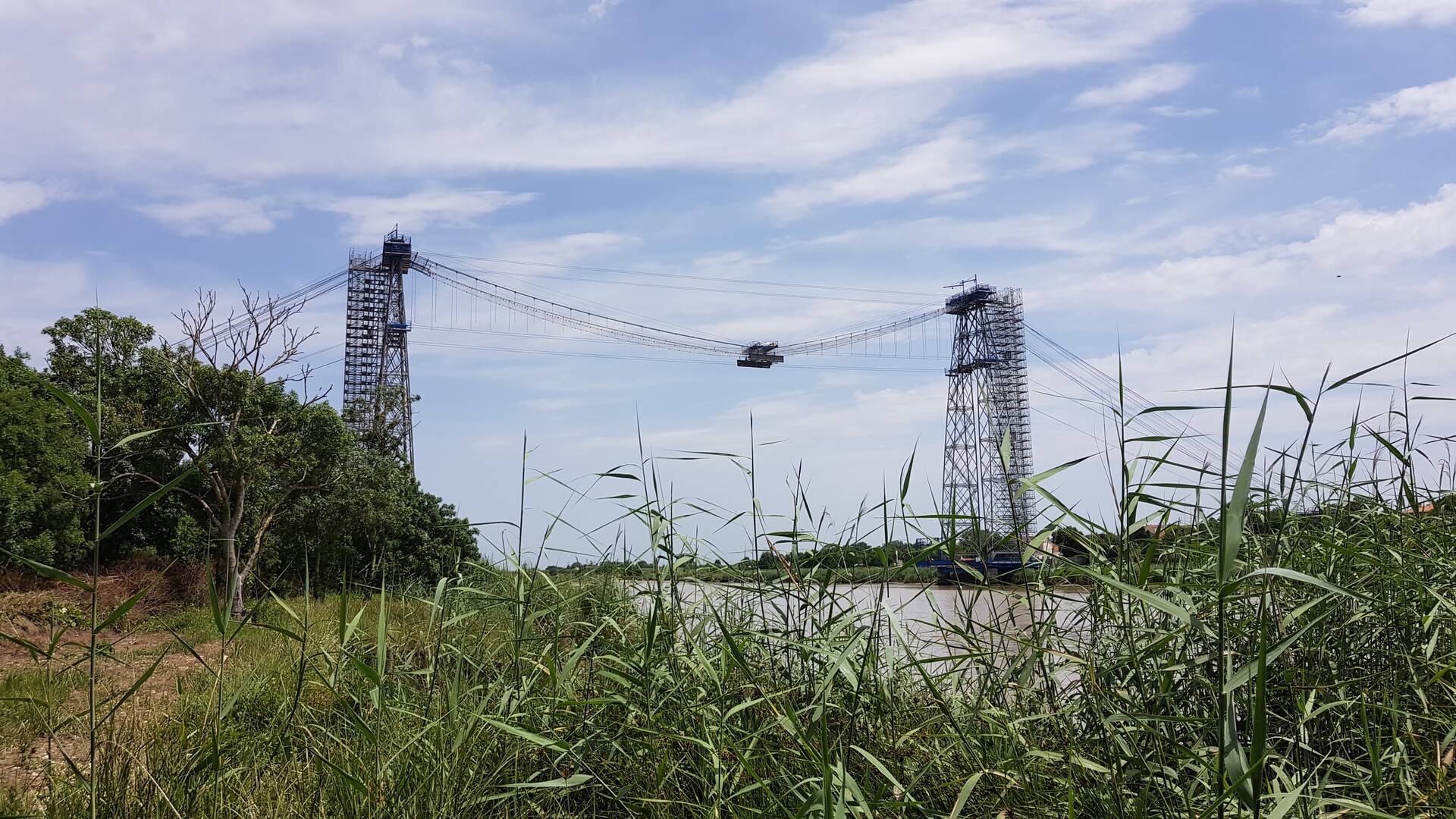 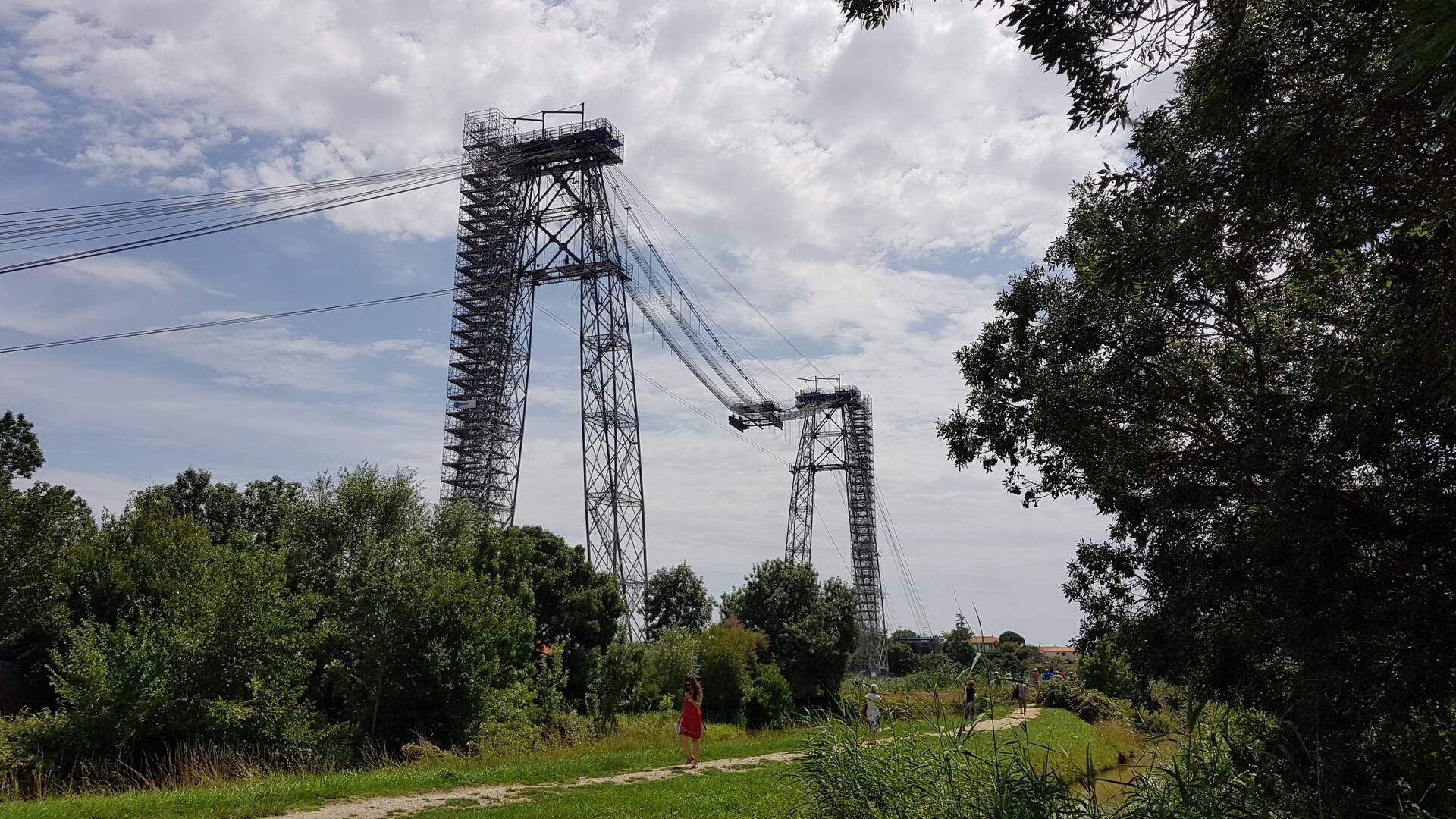 Chemin le long de la Charente au pied du pont transbordeur, côté Rochefort ©OTRO
Our advice :
On the left bank, in Echillais, there is an interpretation centre dedicated to the history of the Transbordeur Bridge : Maison du Transbordeur. It's free and very interesting ! Open from April to November, you will discover the history of this iron giant, the techniques of its construction, but also the universe of the other seven Transporter Bridges still present in the world. 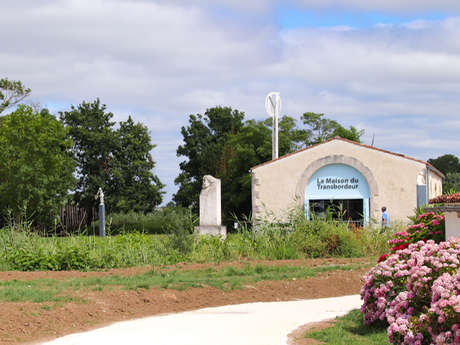 House of the Transporter

Guided tour of the transporter bridge