Home / Explore / Cruises in the Land of Fort Boyard
-A +A

Cruises in the Land of Fort Boyard

On the Charente river or on the sea, in a passenger boat, sailing boat or a catamaran, discover Rochefort Ocean in a different way.

From the pontoon of the Corderie Royale, you can go down the Charente river. Let yourself slip along the water, in a marshy landscape, pass under the Transporter Bridge and after a while the estuary offers itself to you with its islands and peninsulas. ...

Throughout your journey you will discover the the small fishermen's huts, emblem of our coastline and the numerous fortifications built to protect the Naval Dockyard of Rochefort.

Departure of a cruise from the Lupin Fountain- © Samuel Courtois

Cruise on the Charente river with Rochefort Croisières © Vincent Edwell

Cruise around the most famous fort in the world, the Fort Boyard, before setting foot on the charming Aix Island for a stopover ...

Breathe in this iodized air... Aix Island is a real bubble where you'll escape from your daily routine...

From April to september, you can also embark for Aix Island in Port-des-Barques and all year round in Fouras-les-Bains. 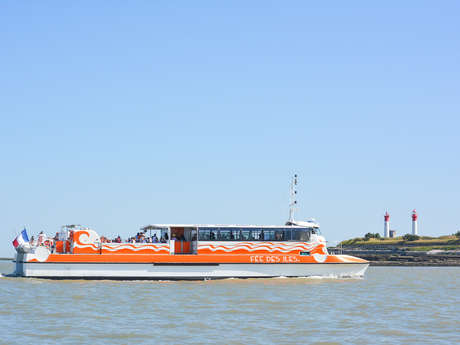 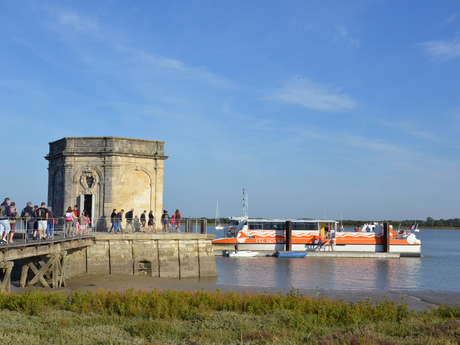 No stopover passenger cruises around the Fort Boyard

Starting from the Pointe de la Fumée in Fouras-les-Bains, discover some of the forts of the estuary of the Charente river.

Before heading to Fort Boyard, you will cruise around Aix Island a small crescent of land with two forts on it ; the Fort Liédot and the Fort de la Rade. Then, you will approach the Fort Boyard, the international star of the TV game !

On your return, the boat passes at the foot of another centerpiece of the defensive system of the dockyard of Rochefort, the Fort Enet. 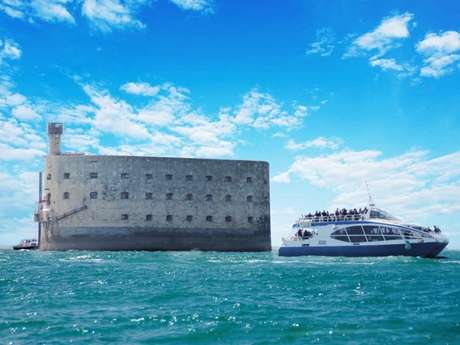 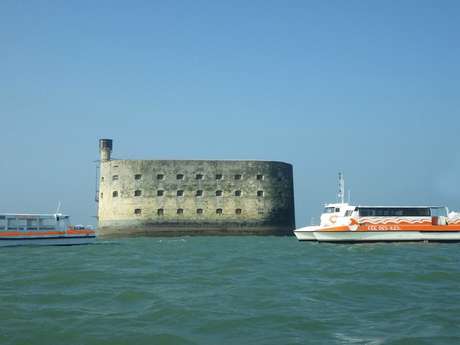 Cruise aboard a sailboat or a catamaran

From Rochefort, with the nautical club, travel aboard a sailboat, the Amaranth.

During the gourmet cruise, sail on the peaceful waters of the Charente river up to the Corderie Royale. Go back to the time of Louis XIV and relive the history of the Naval Dockyard of Rochefort... Enjoy our local products on board !

During the nature cruise, accompanied by a guide of the League for the Protection of Birds, let yourself be taken to the Madame Island, the wildest of the Charentais islands. Equipped with binoculars, do not miss a spot of this landscape of the Grand Site populated by a multitude of seabirds and forts...

From the Pointe de la Fumée or the South Port of Fouras-les-Bains, head for the Fort Boyard aboard the catamaran, Le Vertige.

Enjoy the discovery of the forts of the estuary... Fort Vauban, Fort Enet and Fort Boyard off the Aix Island... At sunset, it's even better! 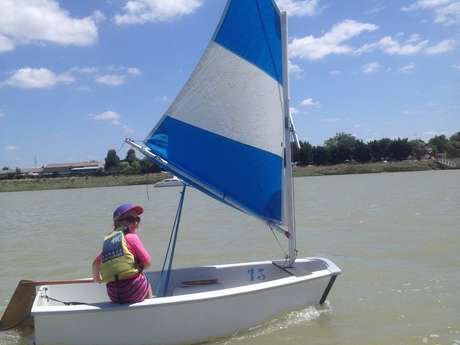 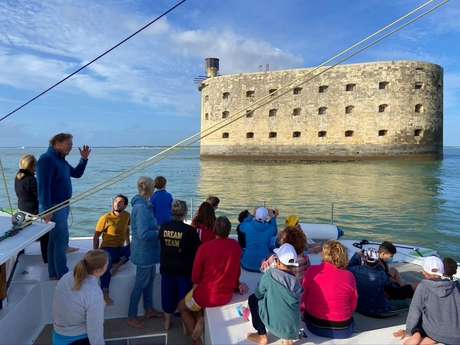 Ferryboat between Fouras-les-Bains and Aix Island

You're heading for Aix Island ? Embark of the ferryboat at the Poite-de-la-Fumée for a 30 minutes trip... 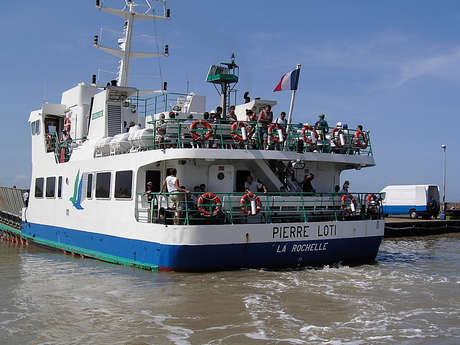