Home / Explore / Fort Liédot in Aix Island
-A +A

Travel through time in Aix Island and discover the fortification of Napoleon 1st.

Hidden among the trees, on the northeast end of Aix Island, you'll find Fort Liédot.

By order of the Emperor of the French, Napoleon I, the construction of this half-burried fortification began in 1811 and lasted 24 years ! Napoleon I decided to build it on the highest point of the island at 13 m altitude (about 42.5 ft), to have an overview of the roadstead of Aix and allow the protection of the naval dockyard of Rochefort.

Visit of the blockhouses of Fort Liédot - © Samuel Courtois

The story of Fort Liédot

Let it be known that Fort Liedot, in the course of its history, was more than just a defensive fort of the maritime dockyard.

At first, the fort was erected to protect the roadstead of the island, while waiting for the construction of Fort Boyard. During wars, it served as a jail for prisoners, like Ben Bella or Russian soldiers and then, it even became a summer camp !

You will be surprised to learn that Fort Liédot has never suffered from an attack of the enemy. The only incidents to be deplored were made by the French army in 1863, during training shots to test the strength of the fort. It will take two years to repair the damaged building.

Take the Fort Liédot by storm and discover the fort's history, its years of construction, its role in the "belt of fire"...

Meet the soldiers and prisoners of the fort and above all, do not miss "Les Mystères du Fort Boyard" which takes you on the trail of the history of the Fort Boyard. 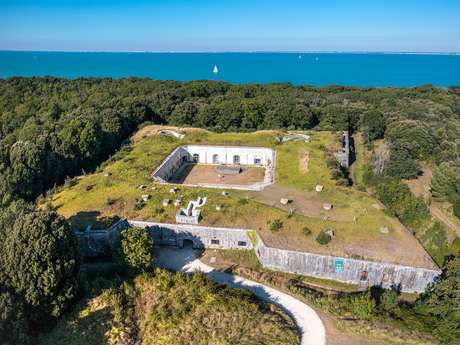